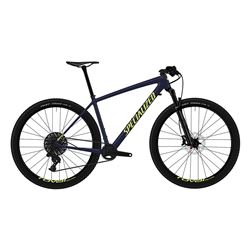 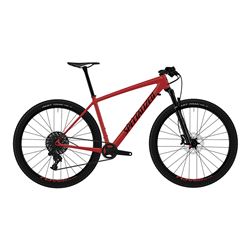 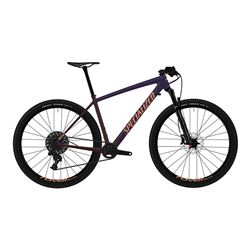 The discipline of cross country mountain biking has evolved almost beyond recognition. These days, XC is more like enduro trail riding than the good old-fashioned, flat-out NORBA (National Off Road Bicycle Association) courses in the US that had barely a speed-bump, let alone a climb, all race. The change spices up racing no end, but it has also forced bikes to adapt, all but reinventing the hardtail formula. The Epic Hardtail Comp is just such a revolutionary machine, taking on a new frame design and dressed in every piece of kit and equipment necessary for the intensity of modern XC racing.

The foundation of the new Epic Hardtail Comp is one of the lightest frames we've ever made (around 1175g) thanks to the whole frame being constructed using our very best FACT 11m carbon fibre. Taking cues from our top-notch, world-dominating road bikes, the feather-light frame is Rider-First Engineered to ensure that all the performance features, tube profiles and the carbon layup remain consistent no matter the size of the bike. Whether David or Goliath, every rider will benefit from the responsiveness, rigidity and light weight, as intended by our engineers.

To make the frame super-fast as well as feather-light, we've adjusted the geometry by slackening the head tube, fine tuning the seat tube angle and stretching the top tube. The sum of these alterations is a bike that glues itself to the trail and yet still manages to rip along with rapid, wild abandon. Internal split-housing cable routing and wider rear spacing (12x148mm) complete the tweaks.

At first glance, the build of the Epic Hardtail Comp would cause anyone to do a double take. In short, it is incredible value, kitted out with 12-speed SRAM NX Eagle one-by gearing, a trail-gobbling, custom-tuned RockShox Reba RL fork, and the whole bike rolls along on a Roval Control Alloy wheelset.